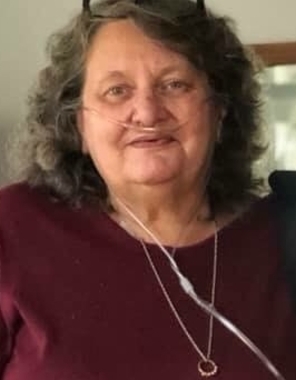 Back to Shirley's story

Shirley Ann Pedigo, 58, of Glasgow, passed away Friday, February 7, 2020 at the Barren County Nursing & Rehab in Glasgow. She was born in Jeffersonville, IN on April 12, 1961, the daughter of the late Charles C. Eubank and the late Reba Evalene Matthews Ward. Shirley was a homemaker and work at several public jobs. She attended Highland Hills Community Church and was a former member of Temple Hill Baptist Church. Survivors include one son, Matt Pedigo (Makayla) of Glasgow; one daughter, Shawnna Poore of Glasgow; one step son, Brian Pedigo of Glasgow; one step daughter, Brandi Sanders (Dustin) of Nashville, TN; four grandchildren, Cheyenne Poore, Cassie Poore, Addison Pedigo and Meredith Pedigo; two brothers, Ed Eubank (Betty) of Goldsboro, NC and Tim Eubank of Glasgow; several nieces and nephews also survive. In addition to her parents, she is preceded in death by her husband of 28 years, David Earl Pedigo; one brother, Kevin Eubank; one sister, Sandra Eubank. Funeral service for Shirley Pedigo, will be 11:00am Tuesday, February 11, 2020 at the A.F. Crow & Son Funeral Home with burial in the Bristletown Cemetery. Visitation will be on Monday from 4:00pm until 8:00pm and on Tuesday morning until time for service at the funeral home.
Published on February 11, 2020
To send flowers to the family of Shirley Ann Pedigo, please visit Tribute Store.

Send flowers
in memory of Shirley

A place to share condolences and memories.
The guestbook expires on May 10, 2020.