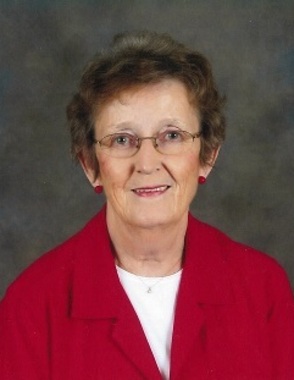 Back to Patsy Ann's story

Patsy Ann Esters, 80, of Cave City, passed away on Thursday, Dec. 5, 2019, at NHC Healthcare of Glasgow.
She was a native of Hart County, a loving wife, mother, grandmother, great-grandmother, great-great- grandmother and sister.
She was preceded in death by her parents, Walter and Gypsy Smith, and one sister, Peggy Rose.
She is survived by her husband of 63 years, Kenneth Esters; one son, Terry Esters (Connie), of Cave City; three daughters, Jean-Ann Emerson (Doug), of Smiths Grove, Pam Poynter (Juluian), of Cave City, and Kennetha Foster (Roy "Collin"), of Mission, Texas; 12 grandchildren, Jason Esters, Sheena Hughes, Chris Emerson, Dustin Emerson, Tracie Branham, Nicholas Poynter, Shea Lambirth, Travis Poynter, Kenton Poynter, Celeste Strange, Carmen Strange and Colleen Foster; 18 great-grandchildren; one great-great-grandchild; and two sisters, Becky Smith, of Prospect, and Mary Smith, of Brooks.
Funeral services will be held at 11 a.m. on Tuesday, Dec. 10, 2019, at Winn Funeral Home with burial to follow in Horse Cave Municipal Cemetery. Visitation will be at the funeral home from 5-8 p.m. on Monday, Dec. 9, and from 9 a.m. until time of service on Tuesday.
Condolences may be expressed online at www.winnfuneralhome.com.
Published on December 6, 2019
To plant a tree in memory of Patsy Ann Esters, please visit Tribute Store.

Plant a tree in memory
of Patsy Ann

Peggy Wilson Forbes
Memory of her growing up with Jean Ann
Pat was a sweet soft spoken lady prayer's for the family..
Nancy Cline
Terry, Jean-Ann,So sorry for your loss I only heard about it a few minutes ago my thoughts and prayers are with you and your families.
Larry & Anita Houchens so sorry to hear of this our prayers are with you all
Lisa Harper Nurse at NHC
Ms Esters was a very special lady . Really enjoyed taking care of her. She is gonna be missed .
View all