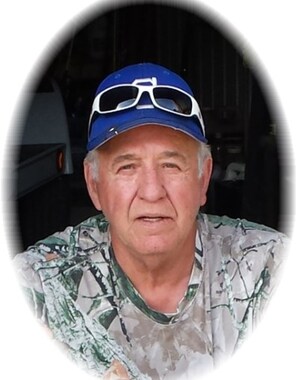 Back to Michael's story

Michael David Smith, 77, Glasgow, died suddenly Saturday, Jan. 11, 2020 at T.J. Samson Community Hospital.
Born Dec. 21, 1942 in Glasgow, he was a son of the late Virgil M. Smith and Allie Mae Smith.
Mike was a graduate of Glasgow High School and Eastern Kentucky University and had earned his Rank I from Western Kentucky University. He taught school in Kenton County followed by Cumberland County before beginning his career with the Kentucky Department of Education where he served 29 years as an auditor with the School and Community Nutrition Program. Mike had been inducted into the Glasgow-Barren County Chamber of Commerce Hall of Fame and more recently was among the first inductees into the Glasgow Athletic Hall of Fame. He was an avid sportsman, an avid gardener, and an avid UK fan.
Survivors include his wife, Angela; four children, Michael Smith, Griffin Smith and Hunter Smith (Adrienne), all of Glasgow, and Tiffany Bourne (Judd) of Decatur, Illinois; five grandchildren, Summer Henderson, Sophie Bourne, Colton Bourne, Aubry Smith and Ada Smith; one -great-grandchild, Levi Henderson; several nieces and nephews.
In addition to his parents, he was preceded in death by eight brothers and sisters.
Funeral services will be held 3 p.m. Wednesday at Hatcher & Saddler Funeral Home. Visitation will be after 10 a.m. Wednesday at the funeral home.
Published on January 13, 2020
To send flowers to the family of Michael David Smith, please visit Tribute Store.

Send flowers
in memory of Michael

A place to share condolences and memories.
The guestbook expires on April 12, 2020.