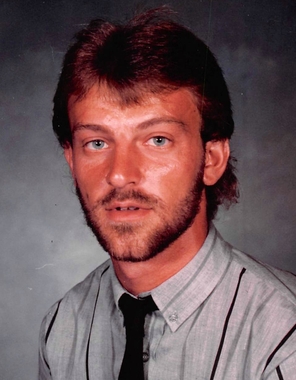 Back to Michael's story

Michael Lynn Gosnell, 59, of Edmonton, Kentucky, passed away Tuesday, Dec. 3, 2019 at his residence.
He was born in Glasgow, May 20, 1960 to the late Maxwell Gosnell and Phyllis Brandon Gosnell Faulkner, who survives.
He was a 1978 Barren County High School graduate and of the Baptist faith. Michael enjoyed being outdoors and playing golf, loved his Nascar racing, Steelers football and was a huge member of the Big Blue Nation.
In addition to his mother, Phyllis Faulkner, he is survived by three children, Stephanie Gene Phillips, of Elizabethtown, Kent Michael Gosnell (Shannon), of Glasgow, and Jonathan Wayne Gosnell (Brandi), of Smiths Grove; six grandchildren, Madison Grace Hillberry, Brayden Thomas Phillips, Paisley Shea Gosnell, Ellie Reese Gosnell, Parker Rooks Gosnell and Layla Mae Gosnell; six brothers and sisters, Allan Gosnell (Janna), of Glasgow, Penny Hart (Chris Johansson), of Florida, Demetria Gosnell (Ed Wilson), of Glasgow, Vera Allo (Tony), of Florida, Max Helen Proffitt (Ricky), of Glasgow, and Kathie Kingrey (Wilbur), of Glasgow; and close friends, Horace Robinson (Jennifer).
A memorial service for Michael Lynn Gosnell will be 2 p.m. Sunday, Dec. 8 at A.F. Crow & Son Funeral Home. The family of Mr. Gosnell will be receiving friends from 11 a.m. until 2 p.m. Sunday at the funeral home.
A.F. Crow & Son is both honored and privileged to be entrusted with the care of Mr. Gosnell. Share your message of condolence with the family of Michael Gosnell at www.crowfuneralhome.com.
Published on December 6, 2019
To plant a tree in memory of Michael Lynn Gosnell, please visit Tribute Store.

Plant a tree in memory
of Michael

Marcus Pierce
So sorry for your loss. Prayers!
Michelle and Joey Inman

We are so sorry for your loss. We love you Vera and will be praying for your entire family. Love and hugs to you