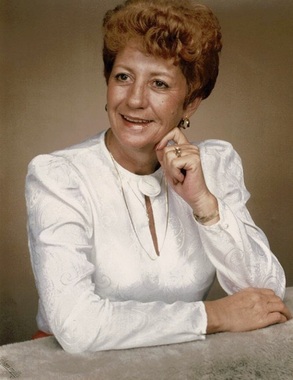 Back to Mary's story

Mary Emogene Branham Faith, 80, Louisville, formerly of Summer Shade, passed away Sunday, March 10, 2019 at Westport Care Center in Louisville.
Born June 20, 1938 in Summer Shade, she was a daughter of the late Joe Bill and Delma Emberton Branham. She was the former manager of Hickory House Restaurant and a Christian.
Survivors include one daughter, Kimberly Michelle Faith (Ron) Bowman, Louisville; one son, Steven Anthony (Emily) Faith, Taylorsville; three grandchildren, Timothy Price (Brittney Ann) Faith, Breonna Alane Bowman and Tristan Blake Bowman; one great-grandchild, Charley Ann Faith; one daughter-in-law, Bobbie Faith Head, Pendleton; and numerous nieces and nephews.
In addition to her parents, she was preceded in death by one son, Timothy Patrick Faith; one granddaughter, Alexa Jean Bowman; two brothers, Freeman and Charlie (Buck) Branham; and five sisters, Pauline Hurt, Lola Belle Bacon, Wilma Pickerell, Bessie Holmes and Mildred Perkins.
Funeral services will be Wednesday, March 13, 2019 at 1 p.m. at McMurtrey Funeral Home, with Pastor Michael Willingham officiating. Burial will follow in Skaggs Creek Cemetery. Visitation will be Tuesday, March 12, 2019, 1-8 p.m. and on Wednesday, March 13, 2019 after 7 a.m. until time of services at 1 p.m.
In lieu of flowers, memorials may be made to the funeral fund.
Published on March 11, 2019
To plant a tree in memory of Mary Emogene Faith, please visit Tribute Store.

Plant a tree in memory
of Mary

A place to share condolences and memories.
The guestbook expires on June 09, 2019.

Restore this Guestbook to share a memory or message of condolence of your own.