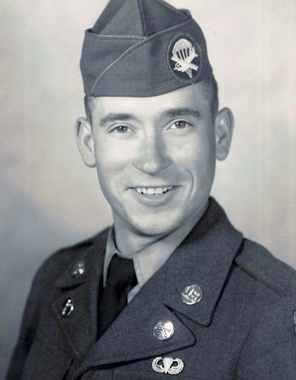 Back to John's story

John "Brother" "Chad" Atkins, 91, a native of Virginia and long-time resident of Glasgow, died peacefully on Sunday, Feb. 16, 2020, after a long and full life.
Raised in the Tidewater area of Virginia, with a large and loving family. Music, fishing and the antics of John and his brothers, the Atkins brothers, are legends.
John served in the 11th Airborne, as a paratrooper. He was distinguished in his fearless jumps, and soon became an instructor. His time in the service of our country was something of which he was deeply proud.
He retired from the USDA as a federal meat inspector. He then began farming, of which he loved. He worked many odd jobs after retirement, as he found the necessity in his heart to be useful and purposeful. His last retirement was at the age of 84. He will long be remembered for his tenacity, kindness, stories and his quick wit.
He is survived by his wife of 65 years, whom he met on a blind date, Lorraine Williams Atkins, of Glasgow; daughter, Vickie Atkins Matheis (Dennis), of Virginia Beach, Virginia; two sons, John Atkins Jr. (Dave), of Knoxville, Tennessee, and Stevie Atkins (Christa), of Bowling Green; three grandchildren, Nick Matheis, of St. Louis, Missouri, Kate Matheis, of Lyttleton, New Zealand, and Alex Matheis (Kelly), of Stamford, Connecticut; four great-grandchildren, Cora, Evan, Tristan and Tommy; three sisters, Ethel Owen (Bobby), of Kill Devil Hills, North Carolina, Alice Faye Lowe (Wesley), of Wakefield, Virginia, and Becky Maifeld, of Wakefield, Virginia.
In addition to his parents, Jack and Francis Atkins, he was preceded in death by five brothers, Horace, Albert, Jack Jr., Robert and Billy.
A private family graveside service will be held on Wednesday, Feb. 19, 2020 at Glasgow Municipal Cemetery. A public visitation will be on Wednesday, from noon until 2 p.m. at A.F. Crow & Son Funeral Home.
Published on February 17, 2020
To plant a tree in memory of John A. Atkins, please visit Tribute Store.

Plant a tree in memory
of John 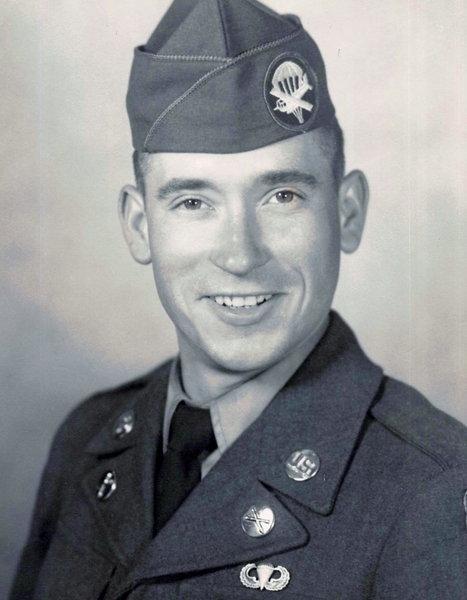