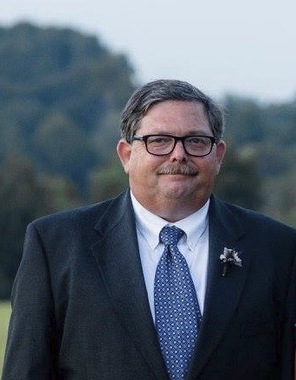 Back to Jim's story

James "Jim" Arnold Berry, 59, of Glasgow, Kentucky, passed away, Sunday, Dec. 8, 2019.
He was born in Glasgow on March 31, 1960 and graduated from Barren County High School. He was married to Laurie Berry, one amazing man of Baptist faith who will be missed by many, the proud owner of Berry's Cabinets, proud dad of his three daughters, but most importantly, a proud Papa of his five grandchildren.
He is survived by his wife, Laurie Berry; mother, Carolyn Perkins Berry; three daughters, Megan Jones (Travis Jones), Heather Hammer (Bart Hammer) and Lesley Allen (Christian Allen); grandchildren, Piper Jones, Tyler Hammer (Tessa Hammer), Hadleigh Hammer, Reed Allen and Aspen Allen; his niece, Nicole Berry Stanforth (Greg Stanforth) and nephew, James Berry.
He was preceded in death by his father, Arnold Berry, and brother, Doug Berry.
Funeral will be 11 a.m. Thursday, Dec. 12, 2019 at Hatcher & Saddler Funeral Home with burial in Glasgow Municipal Cemetery. Visitation will be from 3 to 8 p.m. Wednesday at the funeral home.
Alternate expressions of sympathy may be made to the Community Medical Fund or Austin Tracy Volunteer Fire Department.
Published on December 9, 2019
To plant a tree in memory of Jim Berry, please visit Tribute Store.

Plant a tree in memory
of Jim

A place to share condolences and memories.
The guestbook expires on March 08, 2020.

Mary Lois Hammer
Lauriei I am so so sorry he will be so missed one time when my TV tore up
he sent Tyler overover to swap out TVs for me.He made time to visit with me when he left something for Ray to pick up
He was a dear dear man.He will be missed .
Joe&Henryetta
Bart & Heather our though sand prayers are with you. Much❤️
Rick Williams
Laurie I'm sorry to hear this, it makes me extremely sad . If there was ever a good man, a good friend, and a good neighbor to everyone in the community Jim Berry was that man. Once again I'm sorry.
View all