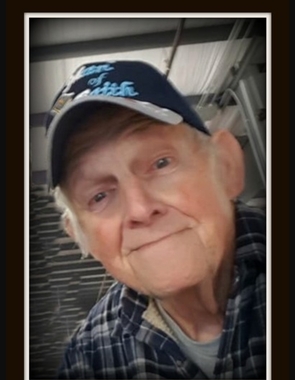 James Paul "Jim" Files, age 86, of Hardyville, KY, passed away Tuesday, January 28, 2020, at UK Healthcare in Lexington, KY surrounded by his loved ones. He enlisted in the United States Air Force at the tail end of the Korean Conflict on July 2, 1953 and served as an Air Policeman until July 1, 1957. He was proud to have served his country and wore his Korean War Veteran hat with pride. He joined the Illinois State Police in October of 1957 with 26 years of service and retired in December of 1983. He was a member of the VFW, NRA, FOP,American Legion & Sulphur Springs Baptist Church.
He was the son of the late Claude Cletus Files and the late Nora Virginia Foister Files.
He is survived by his wife, Nancy Lee Santen Files; four daughters, Melissa Smith (Nate), Stedman, NC, Kimberly Hunt (Dusty), Carlinville, IL, Jennalee Rowe (Nick), Munfordville, KY, Taralynne Rhinehart (Tony White), Louisville, KY; one son, James Patrick "JP" Files (Jeri), Greensburg, KY; 19 grandchildren, Tayshaun Smith, Kaleigh Files, Tiffany Files, Jordan Paul Files, Dakota Madsen, Ryleigh Hunt, Adelynn Hunt, Paizley Chingman, Ariel "Pebbles" Hunt, Chevy Hunt, Kayla Rowe, J.D. Rowe, Ayleiana Jonelle Rowe, Camberlee Rowe, Brextyn Paul Rowe, Sutton Rowe, Brooklyn Rhinehart, Brylee Rhinehart, Brendon Rhinehart, and a soon-to-be great grandbaby; several nieces and nephews. He is also survived by his daughter, Alyson Heinemann, Quincy,Illinois; two grandchildren, five great grandchildren, and one great great grandchild from a previous marriage. Besides his parents, he is preceded in death by two brothers, Cletus Joe and Bill Files; four sisters, Jonel Files, Alice Files, Ruth Fazio and Cletus Mae McGraw; a grandson, Brantley Rhinehart and his son James Files Jr.
Jim was a wonderful husband to Nancy who he married on April 22, 1978, they raised 1 son & 4 daughters, had a slew of grandkids and was looking forward to the arrival of their 1st great grandbaby. Jim was a very sweet, loving, hardworking man who loved his family immensely and would do anything for them. He always put their needs before his own. You could usually find him reading his bible, watching his westerns, gardening or tending to his chickens and birds. He also liked to cook for his wife and family. He enjoyed his flea market booth in London, KY and was planning on opening a store in Munfordville, KY so he could be closer to home. He shared a love for animals with his son and was planning on attending upcoming swap meets and chicken sales together. In years past he liked to go fishing with his wife and son and until 2016 would watch NFL football games through the week. He was proud to tell anyone that he quit watching because he loved his country more than any football game. His love for God and his Country was apparent, and he found pleasure in voicing his Conservative views. He enjoyed bantering politics back and forth to anyone he came across and wore his Trump shirt, Make America Great Again, proudly. He had a great sense of humor and was very witty. He is greatly loved and dearly missed.
Funeral service were held at 1:00 PM, Saturday, February 1, 2020 at Brooks Funeral Home by Brother Donald Finn, Interment was at Pearl Webb Cemetery, Canmer, KY with full military honors.
Condolences may also be expressed online at www.brooksfuneralhomeky.com.
Published on February 14, 2020
To send flowers to the family of James Paul Files, please visit Tribute Store.

Send flowers
in memory of James

A place to share condolences and memories.
The guestbook expires on May 14, 2020.